Søldarfjørður lies midway on the eastern arm of Skálafjørður fjord.

Søldarfjørður is an ancient village situated on a green hillside beneath tall mountains. Houses are scattered along the shoreline, and the harbour is buzzing with activity. Like many other villages and towns in the area, Søldarfjørður has lost many lives to the sea, and a stately monument has been erected to commemorate the deceased sailors. The town also has a small grove with a playground.

Søldarfjørður is easily recognisable from its massive oil tanks set up by the British occupying power during World War 2. After the war, trees were planted to improve the appearance of the area. The town also has several other small plantations. 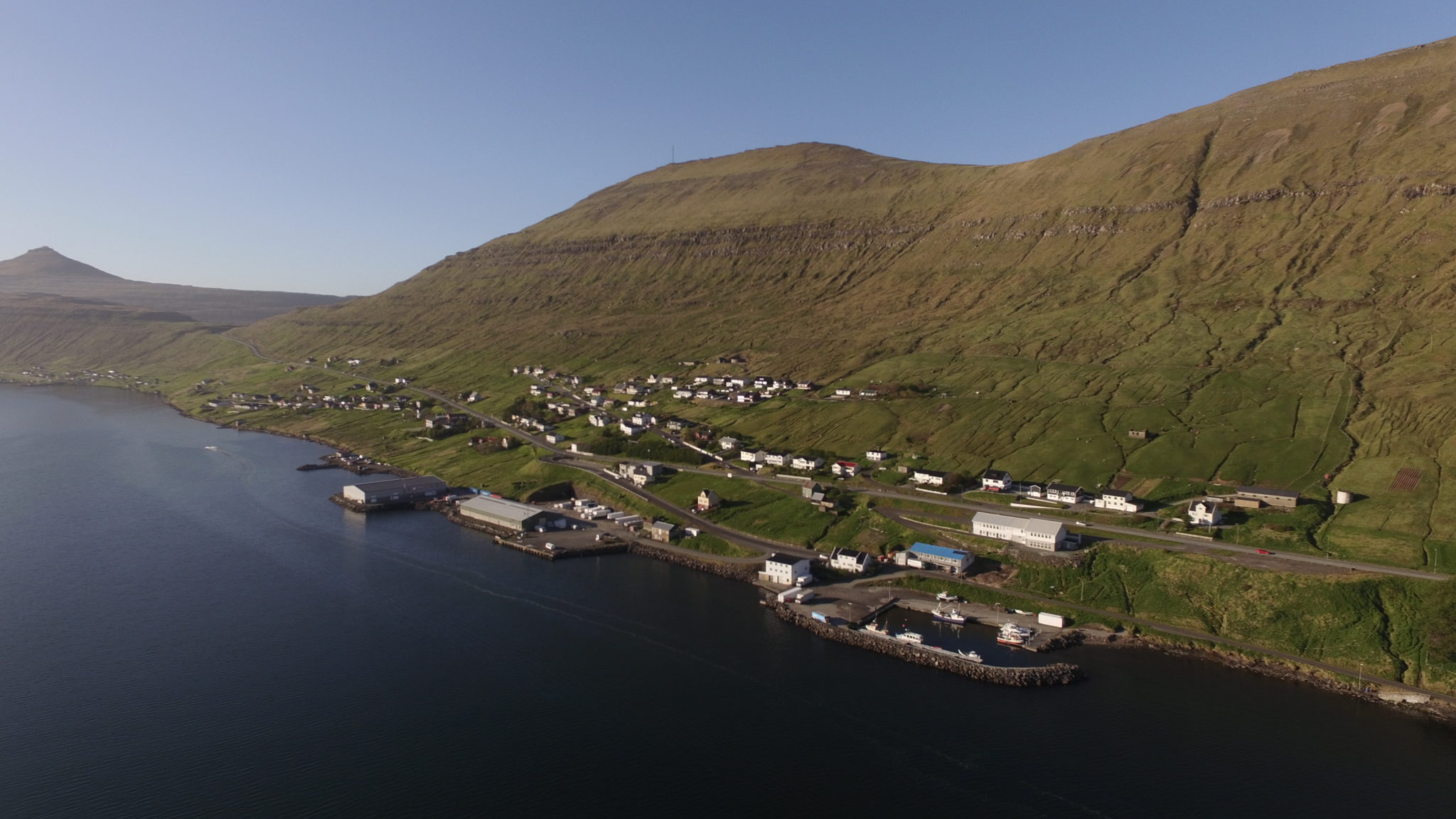