Elduvík is located in the Funningsfjørður fjord on the northeast side of Eysturoy.

Special characteristics:
The village lies by the shore at the end of a long, lush valley surrounded by stunning mountains. Elduvík is split into two by the river Stórá. West of the river is the charming old part of the village, where the colourful small houses surround the school and the church.

On the other side of the river is the dock, where boathouses form an amphitheatre-like semi-circle around the pier. From here, the old village path passes through a hillside to the town of Oyndarfjørður, where Elduvík locals attended church before the village got its own church.

The church in Elduvík was inaugurated in 1951, although the churchyard has been used since 1926 to avoid the hassle of carrying dead bodies along the old village path to Oyndarfjørður.

The magnificent gorge to the east of the village is popular with divers, who are treated to a spectacular undersea landscape with a rich population of crabs on the bottom of the sea. Elduvík is a heavy surf area, and visitors are advised to beware of big waves crashing on the shore. 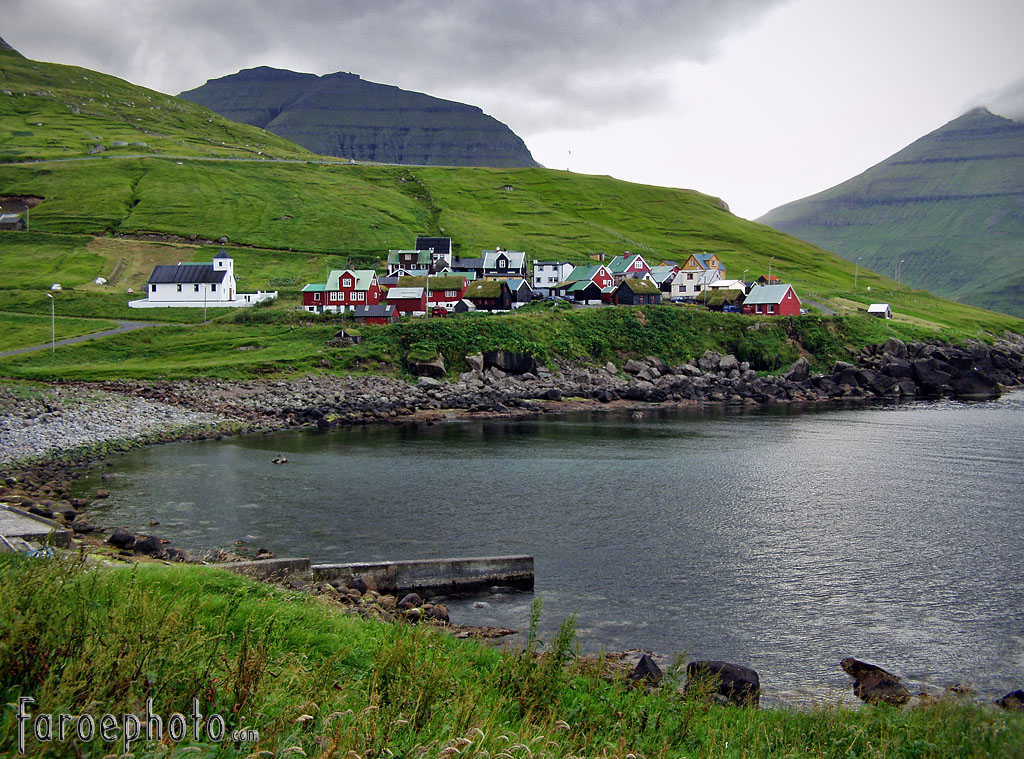