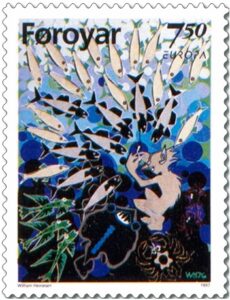 By William Heinesen, the most famous poet and novelist of the Faroes.

Marmennil (merman) is a creature that is said to live at the bottom of the sea. He looks like a human but is smaller and has long fingers. He likes to tease fishermen by biting of the bait off their hooks and attaching the hooks to the bottom of the sea so the line will break.

Arnfinn was a farmer in Elduvík. The story says that once Marmennilin wanted to tease the farmer Arnfinn, when he was out fishing. Marmennilin wanted to stick the farmer’s hook to the bottom of the sea but it went wrong. The hook got stuck in his hand, and Marmennelin was pulled up into the boat. The men on the boat made the sign of the cross and brought the beast home.

After that the men would bring the beast out fishing with them, and every time they would make the sign of the cross when the beast was on board. When there were fish under the boat, Marmennilin would start laughing and playing. The men would throw their hooks out and always caught fish.

Arnfinn had Marmennilin for many years but one day when the men put the boat in the water, the breaking waves were so strong that they forgot to do the sign of the cross. As soon as the boat was out on the sea, Marmennilin escaped the boat and jumped into the sea, never to be seen again. 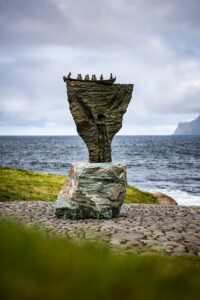 In autumn 2016, the village council of Elduvík decided that they should elect people in a committee to work towards preserving the legend about the merman (Marmennilin).

The first step was to find an artist who would undertake the task of making a statue that would illuminate the legend of the merman. Early in 2017 the artist Hans Pauli Olsen accepted this task. 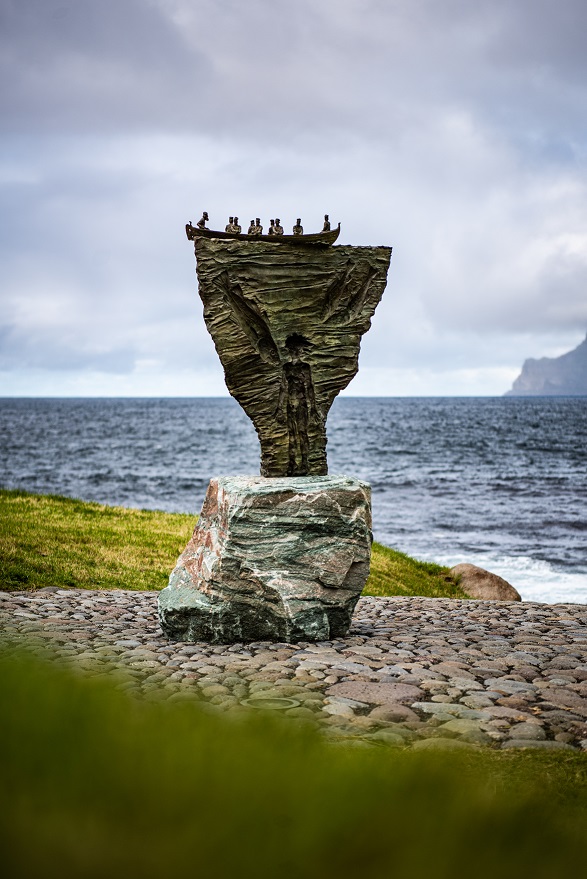